From October 14-16, the Diehard Cubs took part in their first ever international jamboree at Gilwell Park, the home of the Scouting Movement in the UK. 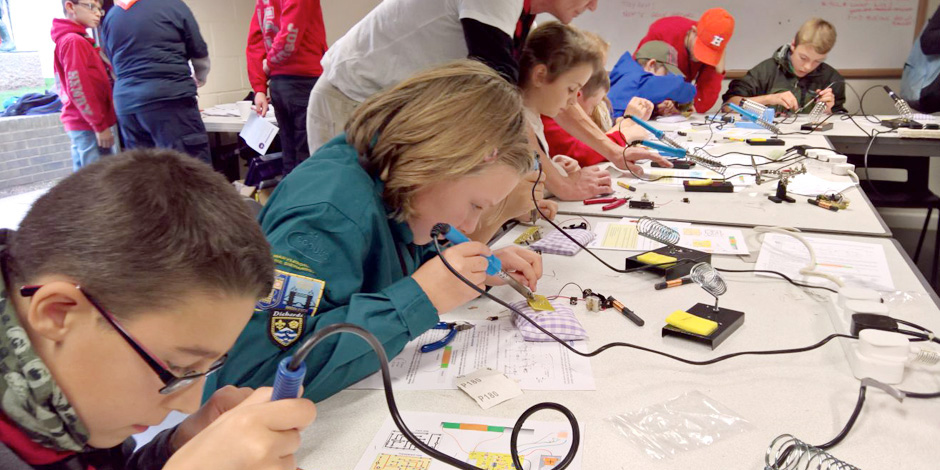 The Jamboree on the Air was started in 1957 as an event where Scouts from across the world could contact each other, share stories and make connections across continents using amateur radio. The internet was added to the event in 1995, and now each year over a half million Scouts from around the world participate in the event.

The event included the Diehards contacting Scouts from several continents, building their own radios, morse code and contacting the International Space Station!. It wasn't all high-tech all weekend, as we slept in our teepees, cooked over an open fire, rock climbed, went down the zip line and had a fantastic campfire and marshmallows!