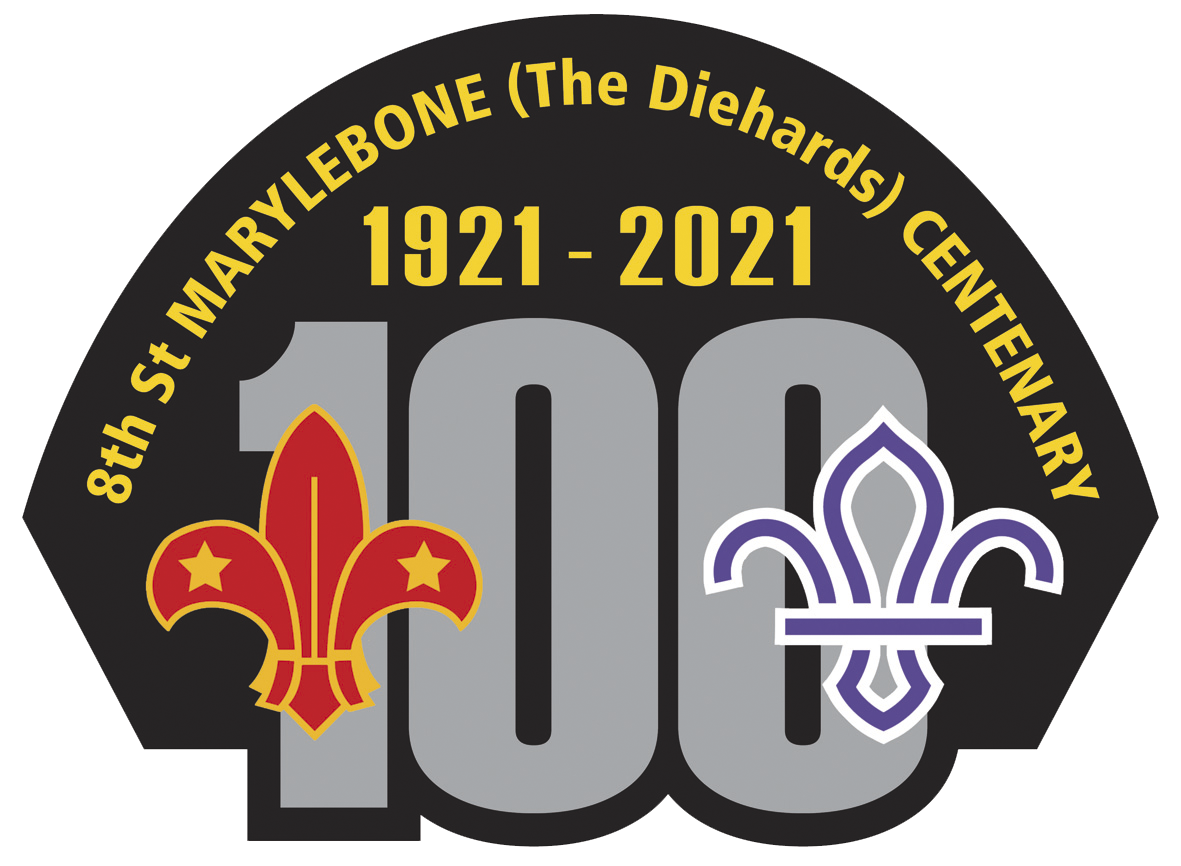 On the 1st October 1921 the first meeting of the 8th St Marylebone Scout Group took place in Capland Street School. Led by Leslie J. Kirby and a few scouters who broke away from the 5th St Marylebone (known as The Dandy 5th). The Group got off to a lightning start with a Boy Scout Troop and a Wolf Cub Pack.

By January 1922 the Group had achieved 3 main goals - received it's official registration from HQ, published the very first edition of the 'Diehard' magazine and also received a letter from the Middlesex Regiment giving permission for the Scout Group to adopt their Soubriquet and be known as 'The Diehards' (we have since been granted indefinite usage of this soubriquet for as long as the group exists).

So here we are some 100 years on, still going strong and to commemorate the event we have a special Centenary badge which can be worn by all members of the Group over the left pocket for the duration of our celebrations.

The badge design is based on the original shape of the first Diehard Group badge, depicting the original Scout Logo from 1921 and the current Scout logo. It is a badge to be worn with pride!