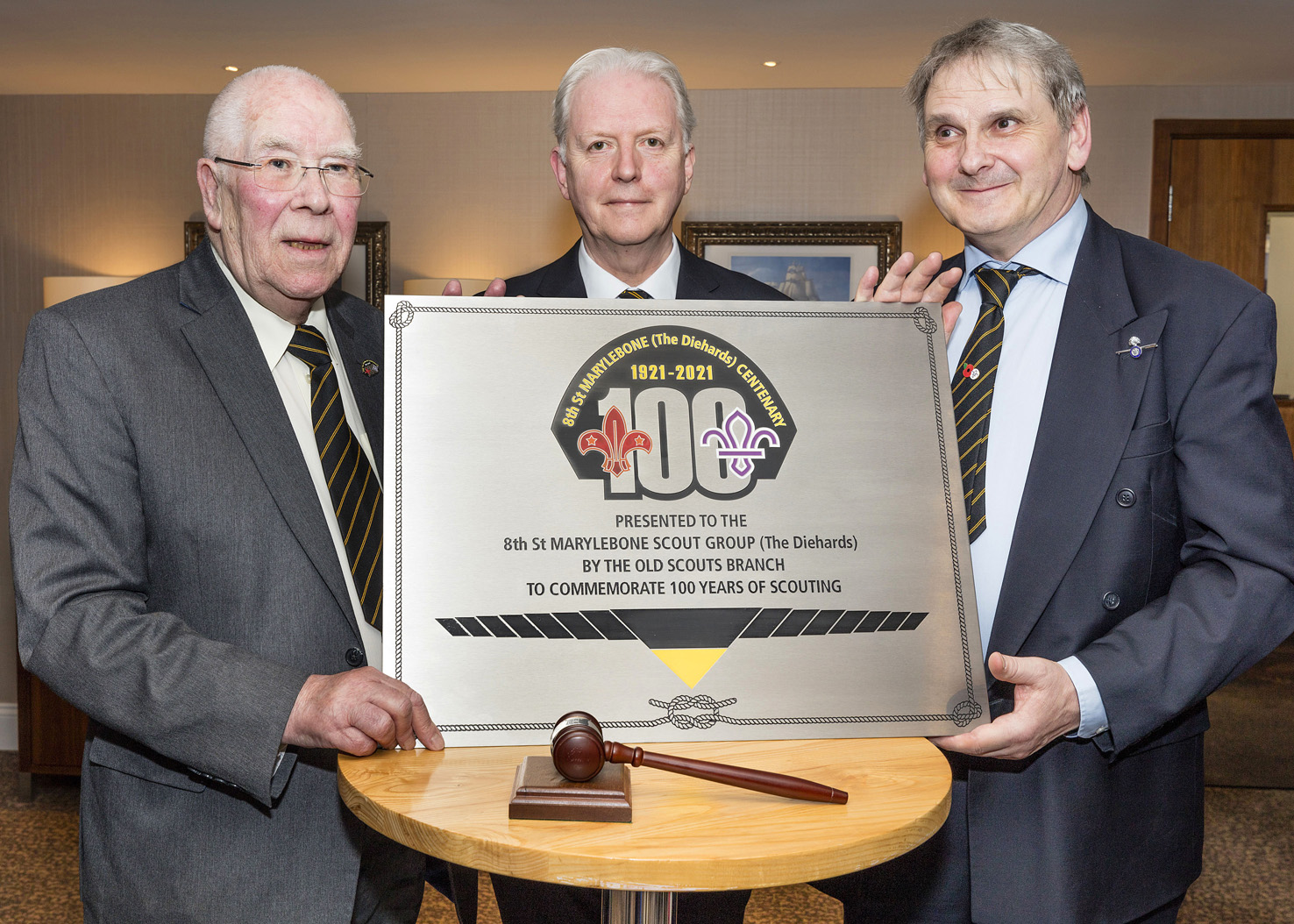 Report on the Diehards Centenary and Old Scouts Reunion Dinner

The 85th Old Scouts Reunion was combined with the Centenary Dinner at the Victory Services Club near Marble Arch on 25th March 2022. An excellent turnout of 74 saw Old Scouts - young and older - plus spouses, guests and parents from the Group. Our Guest of Honour was Carl Hankinson who is the UK Chief Commissioner and special guest Richard Williams (County Commissioner for GLMW).

Mike Kilcooley took the Chair and opened the proceedings by inviting anyone to make spontaneous toasts. There were plenty flowing and as usual much laughter prevailed.

Toast to 'Our Guests'

Ian Smith proposed the toast to 'Our Guests' with reference to the colourful scouting career of our Guest of Honour. Carl Hankinson eloquently responded this on behalf of all guests and also presented Cliff Jordan with his Bar to the Award for Merit, very well received.

Toast to 'The Group'

Roy Scales then took centre stage to propose the toast to The Group. He reflected on the past great times he had as a scout and the opportunities it presented and looked forward to the current Group's development and it's modern methods. Our Group Scout Leader Cliff Jordan responded by updating us on all the events planned for the near future.

Toast to 'The Retiring Chair'

John Larkin did his best to 'get his own back' on his long time buddy Mike Kilcooley who previously has made fun of us all. Mike response was sincere and handed the Gavel to incoming Chair Tony Thomas.

Presentation of Centenary Plaque to The Goup from The Old Scouts

Our President John Sherry had the pleasure of presenting a Centenary Plaque to the Group from the Old Scouts which will take pride of place on the facing wall in the Mansergh stair well.

Watch the recording of all the Toasts and see many old friends and guests.