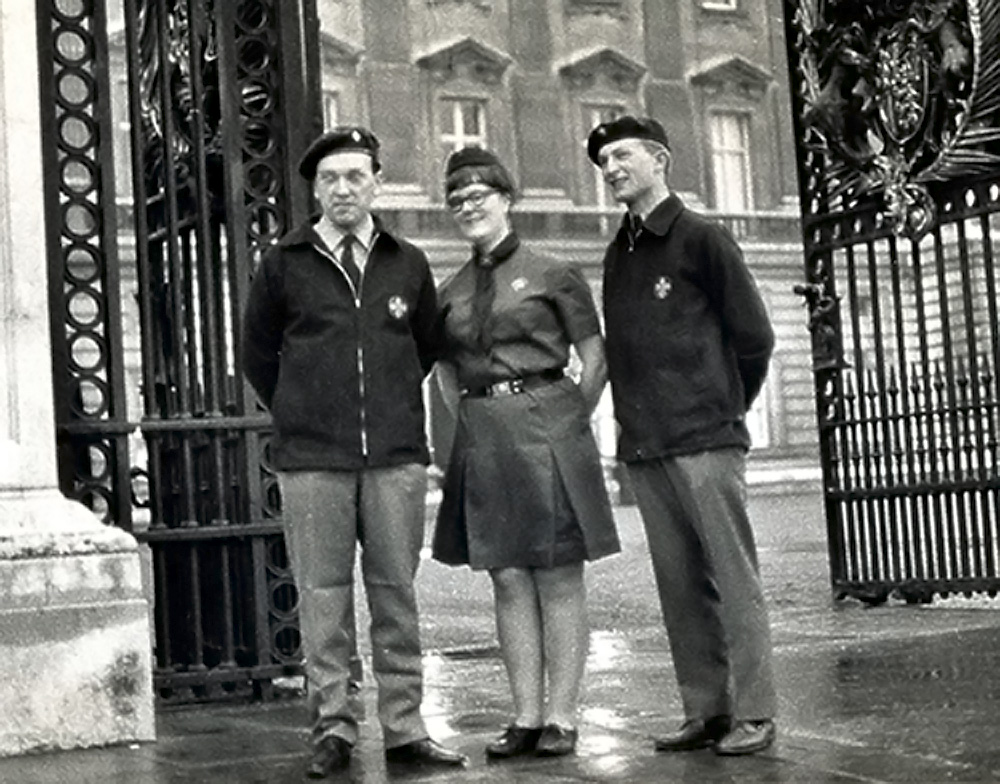 In January 1968 it was announced that a Prince was going to join the 1st St Marylebone Cub Scout Pack and I was one of four leaders to run the Pack meetings at Buckingham Palace.

Every Wednesday the Pack travelled in a Royal Mews Coach from their HQ at St Mary's, Brynston Square to Buckingham Palace. On arrival we went to the Ball Supper Room for "posh" tea and was joined by the second-eldest Prince and some of his friends from the school he attended.

Over a period of about 12 months there are many special memories including meeting Her Majesty The Queen who attended when the Prince was invested as a Cub, sports practise in one of the Palace Picture Galleries, games in the Palace Gardens plus all the normal things that happen during a pack meeting, except it took place in the rather grand surroundings of the small ballroom.