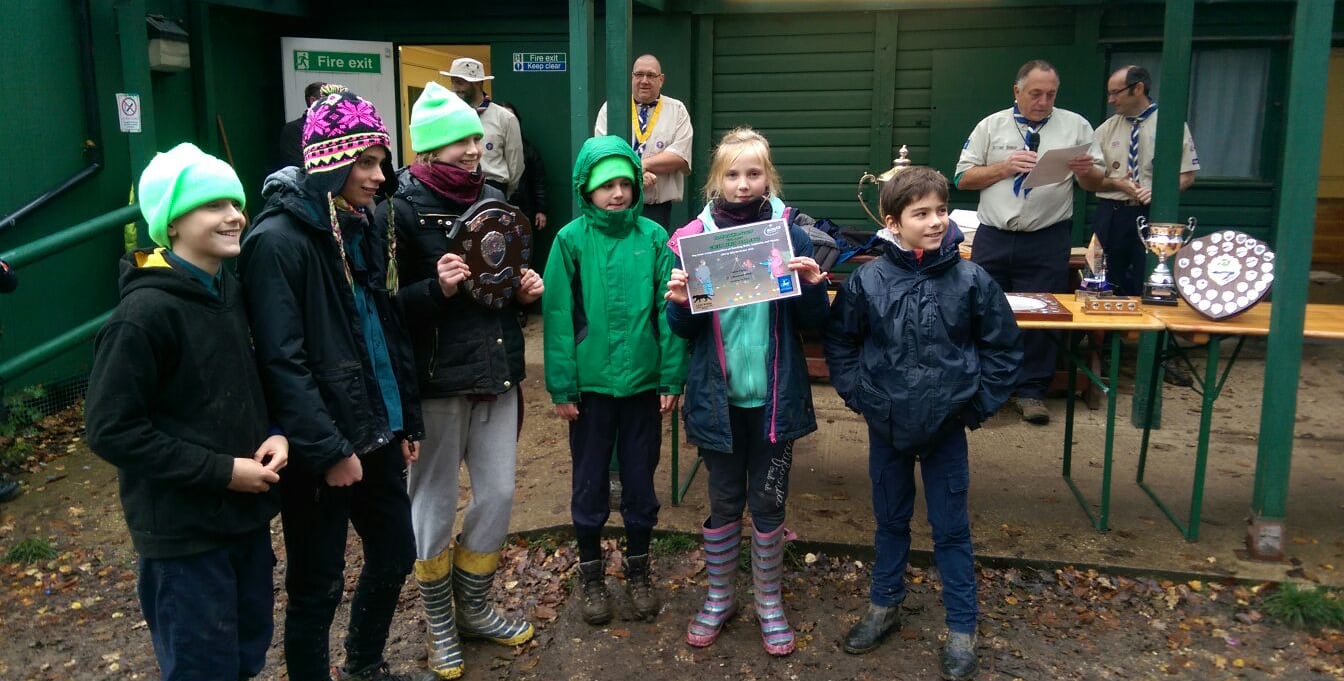 Every year, around the middle of November, Hertfordshire Scouts run a weekend event called the Green Beret competition, named after the British Commandos from the WW2.

The event encompasses a gruelling assault course, a tricky orienteering course against the clock with day and evening of activity bases. Teams of 6 scouts compete against 140 other teams in this tough competition, often in the howling wind, ice or more commonly, incessant rain!

2nd Hemel Hempstead have close ties with the 8th so we get an invite to compete as a guest team. The Diehards, being from West London District, compete against other guest teams and have now won the Guest Trophy a dizzying 3 times as well as top ten success in the other stages of the competition.

The Scouts absolutely love the testing nature of this event where camaraderie and pushing oneself is a must to do well. Plus it's the ONLY camp where us leaders will cook AND wash up after them!