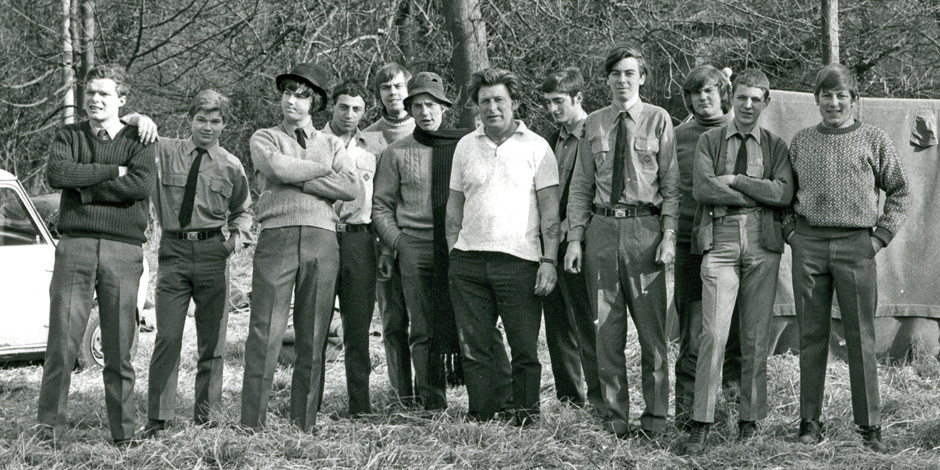 Up to the Dormant Years

Scout Troop win 'Lukis Exploit' for the fifth time in a row with a different Patrol Leader every year!

5th St Marylebone Sea Scouts merge with the 8th as both Groups struggle with numbers.

Lack of funds leads to Mansergh building falling into a dilapidated state.

Old Scouts form the development Committee, take on the Group Executive and start plans for the site to be redeveloped and providing a new Scout HQ.

Last Ever Event at the Old Mansergh, existing Cubs and Scouts now sent to neighbouring Group, Cliff Jordan remains as GSL while the Group goes into the dormant period and remembers.

"Oh I remember those years well. As the current 8th St. Marylebone Scout Group Leader then & now, it was a strange old time. Having been at the last event in our old building it was a case of packing everything up (that was worth keeping) & storing it all away in a giant yellow storage building. Seeing the Mansergh demolished over the next couple years & knowing all those Diehard ghosts and Spirits had disappeared with the building. Truly Sad.

But as a Scout leader in our Marylebone District and to keep the 8th Scout Group going and registered with headquarters, I took over the running of the 2nd City of Westminster Scout Group which had their base in the crypt at St. Peter Church on the corner of Eaton Square & Belgrave St in Victoria. A good Year running their Scouts. With a little help from my friends and Old Scouts we even managed to take most of the scouts to a District Summer camp. Once the original leader had returned the following year, I took up various helping posts with our other existing district groups. Helping out with the 7th St. Marylebone who were struggling for leaders up at the meeting place in St. Johns Wood Church."

Meanwhile it was many meetings for the committee, more for the core Trustees Mike Harvey, Derek James and Tony Thomas, while the project developed and various plans were modified to suit the Group area better. Things were at last looking up and excitement grew for the completion.