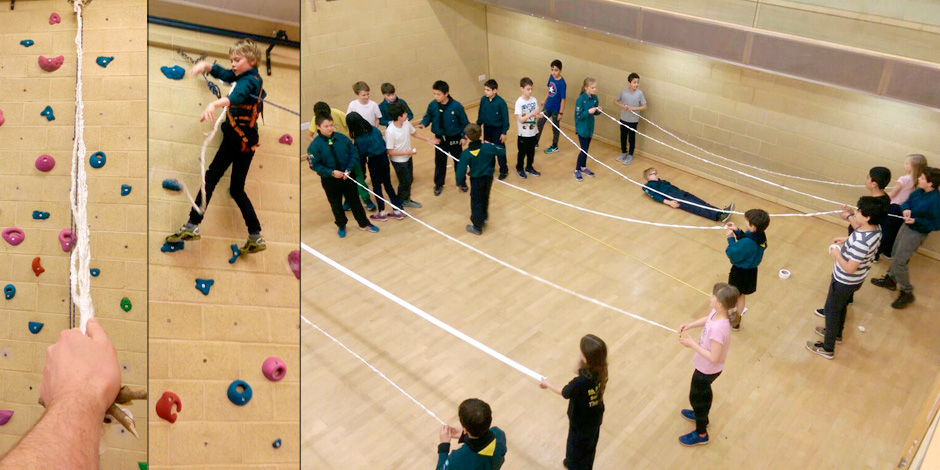 Standard sort of a night...... 1 roll of duct tape per patrol, build a rope and get each member of the patrol to climb it, what could possibly go wrong???

To assist the Young Leaders, Ally bought his drill in, with it you can twist up a rope in seconds, cue 30 scouts requesting to use the drill......requests denied!

Up the wall then!

Each patrols death rope was tied to the top of the climbing wall, beneath it a safety rope was installed ready to catch any fallers, each scout was tied in (complete with climbing helmet) and attempted the climb. smallest members 1st

Only one rope failure...

And it was me climbing a rope made with only two superstrings, it did well underneath a weight of 14 stone, well, it did well for a minute at least

If you are ever in an emergency situation with 50m of duct tape, a tape measure, preferably a power drill and some time........ you are right.....this will never happen..... a good lesson in physics and how ropes are made however

Looks great fun and a good way to learn how ropes are made.

[Says one ropemaker to a friend]: "I tend to use Scouts, as a rule."

Nelly4th April 2017Building websites which are simply more clickable and do everything we promised they would.http://www.omic.domain.name
Be the next to comment on this blog post.
LoginSign-up