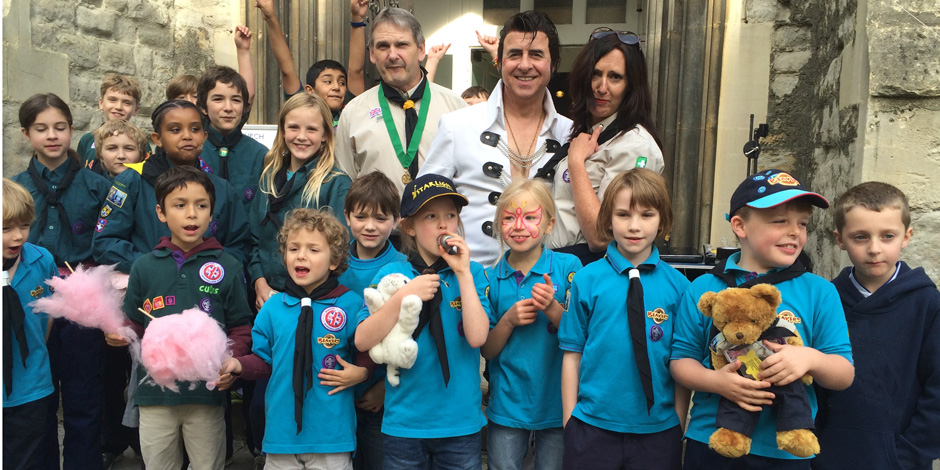 Although the new Mansergh took nearly 8 years to build. Our 8th Group was kept in existence and in January the group re-started with fantastic state of the art HQ, First a Beaver Colony and then a Cub Pack. Once the sections had new members and were up and running a large turnout of Old Scouts, families and friends attended a special event to rededicated the new Sanctum. Group continues to attract a steady interest of young people to join. Old Scouts remain on the Executive to support the Group and the running of the building.

Old Scout 75th Reunion was the first year ladies were welcome to attend.

Beaver Colony run by Pam Eason rose to 14. Cub Pack grew to 18 with help from a couple of Old Scouts Tim & Steve Gibbs and Cliff helping out where needed for both sections.

After an appeal at the Reunion a breakthrough to achieving all the main sections in scouting came when Tom & Chris Larkin started up our Scout Troop (15 years since we last had a scout troop). By the end of 2011 we had 20 Scouts, 18 Cubs and 15 Beavers. 3 other adult leaders join.

Explorer scouts started with 6 members going up from the Scout Troop. These have now moved onto being part of the District Explorer Unit which meets at The Mansergh.

Waiting list started for new members as numbers go well over 50 for the Group.