Leslie James Kirby was born on 22nd May 1897 into humble home with his father a hard working carpenter. Les was invested as a Scout in 1909 just 2 years after BP's experimental camp on Brownsea Island. In 1915 he took out his first warrant as ASL with the 5th St Marylebone Dandy Fifth who met at Emmanuel Church. During the middle of the First World War he was conscripted into the army and served in France where he became a victim of a mustard gas attack. This led to him having one lung removed but did not stop him from his drive and enthusiasm. There were many casualties during the war and he was fortunate to be one of only 30 from his original contingent of 300 to actually survive.Learn more

On his return he rejoined the Dandy Fifth but had disagreements with some of the other leaders so went off in October 1921 to form his own Group the 8th St Marylebone. They met at Capland Street School which was to be their HQ for 25 years. One his most satisfying achievements in 1946 was to lease and eventually purchase in 1967 the freehold to the Mansergh - Woodhall Club which has remained the 8th HQ ever since. 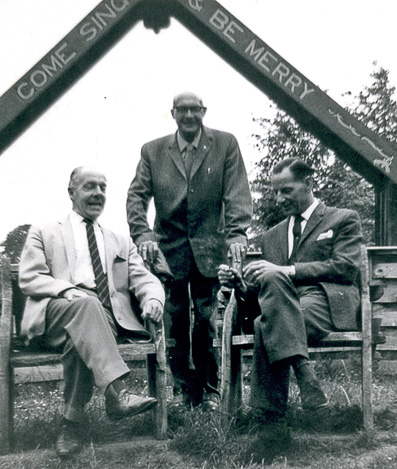 He always got involved with every section, often he would show up at a summer camp just passing he would say and then take the PLs out for a day to see a test match, he loved cricket!

Les was such a determined man, often getting his own way, but he built up a very strong Group reaching 120 strong in 1951. He worked for The Scout Association at 25 Buckingham Palace Road and was appointed Warden of BP's room.

One of his master strokes was to form the Old Scout Branch in 1929. Little did he know then that it was the O.S.B that kept the Diehard dream alive during the Group's dormant years as they engineered the rebuilding of the Mansergh. Such was the depth and breadth of the Branch - it had a very long 'sting in the tail'. He would be very proud to see the Group survived this rocky period and see numbers steadily growing today to be once again a force in Scouting.

Over the years he was awarded the highest honours that Scouting could offer in recognition of his outstanding service over a very long period. With ill health and the Golden Jubilee approaching he was determined to write the 50 Years booklet before his eventual passing on 24th June 1971. A service in St Mark's Church saw hundreds turn up to say goodbye. Fittingly the Scout Hymn 'The Chosen Way' was sang and continues to be sung at Scouts Own and for other Diehardians.