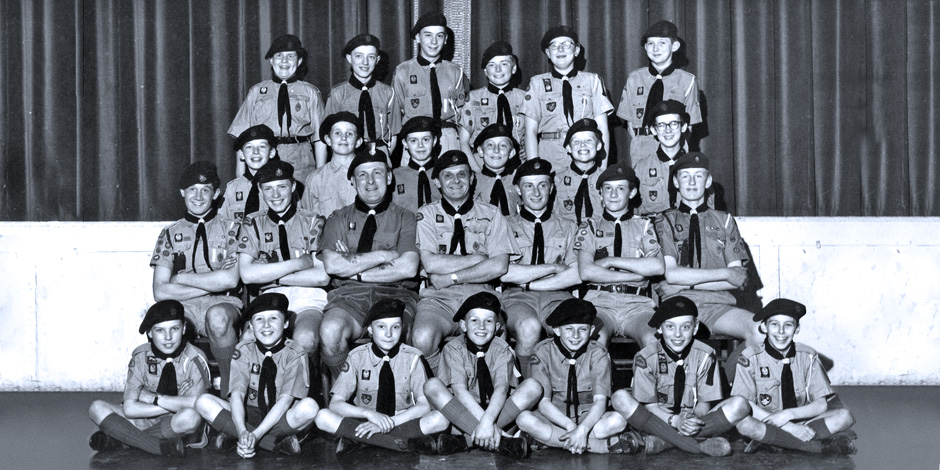 The Works Panel formed by loyal and hard working members of Diehardia and the Group to help with upkeep of the HQ and to make equipment.

The Queen's Scout Award, renamed to replace the King's Scout Award as the highest youth award to be earned in Scouting . The Group were amongst the early ones who successfully had Scouts to be granted this.

The Duke of Edinburgh's Award Scheme was launched and here again the Group was amongst the fore runners in entering Scouts for this.

Record number of 105 at O.S Reunion. Diehard goes up in price from 3d to 6d after the Dec issue.

LJK is Guest of Honour at O.S Reunion.

24th June, 1971. Passing of our founder LJK after he had just completed writing the Golden Jubilee handbook. Huge turnout at St Mark's Church for thanks giving to his life.